About our Policy Positions
The Federation for Community Schools prioritizes advocacy that sustains and expands community schools. We endorse legislation that promotes innovative collaborations and strengthens partnerships between community-based organizations, school administration, educators, parents and students. We endorse efforts that seek to empower parents and guardians as advocates for their children and as partners in decisions about their children’s education. Lastly, we believe that responsibility for student success extends beyond education agencies and school districts, and we will work to break down silos that exist at all levels of government.

November, 2016
Take Action! You have an opportunity to take action to support our community school advocacy asks.
Our advocacy priorities for the year include:

You have opportunities to take action on the items above NOW.

21st CCLC –
It’s imperative that ISBE hear from as many grantees and potential grantees as possible about the importance of releasing the RFP in January so that funds can start no 7/1/17. Click here for a letter that you can customize and send to Superintendent Tony Smith, asking that ISBE manage their internal processes such that the RFP tracks to the fiscal year. You should also send a copy of this letter to your State Representatives and State Senators (click here to look up your legislators).

STATE BUDGET --
Illinois has an FY17 stopgap budget, which ends on December 31st. Please contact your legislators and urge them to work together to enact a full FY17 budget before the stopgap budget ends.

ILLINOIS STATE BOARD OF EDUCATION BUDGET –
The Illinois State Board of Education (ISBE) is currently holding discussions with stakeholders to identify priorities for the agency’s FY18 budget. We are asking that you recommend that ISBE create an Office of School/ Community Partnerships and that they continue to fund developing partnerships through the Healthy Community Incentive Fund line. You can use this template to develop your own recommendations, and you should include a copy of this form, completed with your information. This is the testimony that the Federation provided.

We are asking that you submit recommendations to ISBE to inform their budgeting process by emailing written testimony to ISBEFY18@isbe.net. You should include your written testimony and a copy of ISBE’s required budget form, completed with your information.

We are working to keep track of how many community school stakeholders submit recommendations to ISBE, so please let us know if you’ve taken this action by contacting Melissa Mitchell at Melissa@ilcommunityschools.org.

IL's ESSA Plan: Opportunity to Provide Comments
In December, Congress reauthorized the Elementary and Secondary Education Act with the passage of the Every Student Succeeds Act (ESSA). Since then, states have been working on putting in place plans for implementing the new requirements of this new education law. The Illinois State Board of Education (ISBE) released its draft ESSA plan in August, and is looking for comments from stakeholders to inform the next draft of the plan. You can read the draft plan and access other resources on ISBE's ESSA page. The Federation for Community Schools submitted comments to ISBE's draft ESSA plan, and you can use those and this letter to submit your own comments to ISBE. Partners for Each and Every Child also published a readers' guide that provides good information about the draft plan and key questions that ISBE is seeking to answer, using feedback from stakeholders. You should submit comments to essa@isbe.net no later than October 7, 2016.

Congress is moving forward with reauthorizing the Elementary and Secondary Education Act, also known as No Child Left Behind. As you know, the House and Senate have been working on their versions of the reauthorization bill for more than a year. Each passed their own versions earlier this year, and went into conference to iron out one version of the legislation to take back to both the House and the Senate. Last week, the House and Senate came to an agreement, named the Every Student Succeeds Act.

The legislation leaves the 21st Century Community Learning Center intact and as its own program (prior bills proposed combining 21st CCLC with a range of other programs and opening up the funding to broader uses) and has other supports for community schools ranging from creating a community schools program to allowing other funding to be used for the coordination function. The bill will be voted on by the House and Senate, and if it passes both, then the Every Student Succeeds Act will go to President Obama's desk.

Stay tuned for more updates and opportunities to engage in advocacy activities throughout the rest of this process.
Illinois Advocacy
Many thanks to everyone who testified and submitted testimony through the course of the Illinois State Board of Education's budget hearings. We've asked ISBE to include a $10m line in their FY17 budget to support community schools (with funding for the Resource Coordinator/ Community School Manager position, technical assistance and evaluation), to make the community school strategy a cornerstone of school improvement efforts, and to provide capacity building so that school and district leadership understand the ways that the community school strategy can be used to help remove nonacademic barriers to academic achievement.

We also asked for $5m in funding for an Extended Learning Time program so as to expand the number of afterschool programs available to young people in Illinois. Please contact Melissa Mitchell for more information - there will be more opportunities to engage in advocacy around these requests in the future.

May 2015
Budgets are Choices. Choose Revenue!

Stay Connected with the Federation for Community Schools 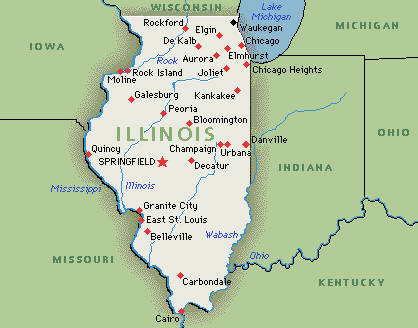 Federation Newsletter
Federation members get access to our weekly eDigest which contains information about upcoming events, best practices, funding opportunities and much more.

Support our work by making a contribution.